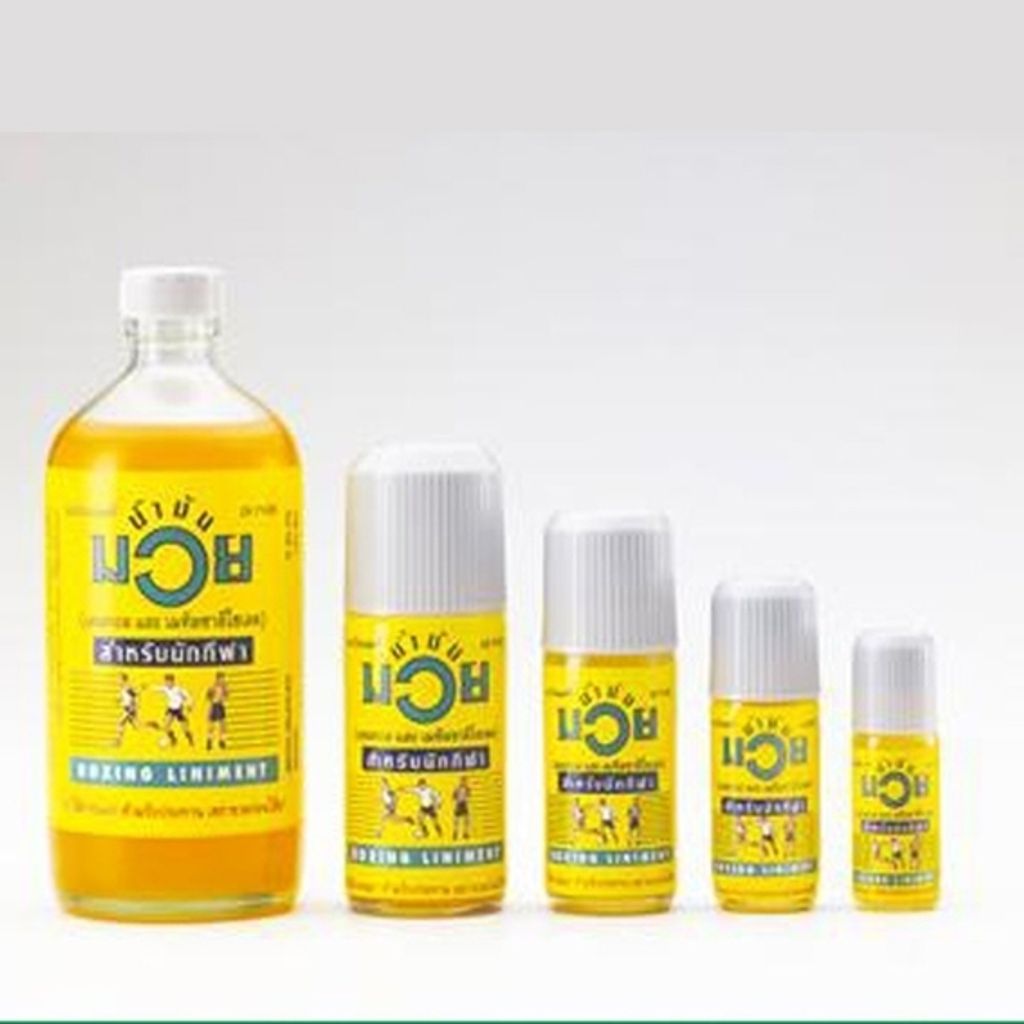 Step into any traditional Muay Thai camp or stadium and you will be instantly hit with the exotic scent of Thai oil permeating the air. It is an invigorating fragrance for those practising the sport but probably not a pleasant aromatic experience for outsiders. Although now used by various combat and competitive sports, the smell has become synonymous with Thai boxing.

Today, Namman Muay is used by fighters, gym enthusiasts, athletes, cyclists, runners and anyone who has experienced the benefits of the musky miracle water. Here’s everything you need to know about the famous Thai Boxing Liniment Oil:

The key ingredients (reportedly natural) that give Namman Muay its signature sensations include Menthol, eucalyptus, Methyl Salicylate (used for temporary relief of muscle or joint), alcohol (95%) and others. Even though the recipe was introduced over half a century back, the formula has been improved many times over the years to achieve the best results and potency that is well-known today.

Relieve body pain due to hard work or those who practice Muay Thai or other combat sports.